When Your Favourite Show Gets X-Filed

For some reason they went with this name instead.

There you are, settling into a new show and starting to really like the way it works. You think to yourself, “I like this show, I desire to watch more of it,” and then WHAMMO, everything is a confusing mess that no one cares about and you have to wonder about why the hell you’re still hanging on, hoping things will just go back to the way they were. They never will, though. If you’re lucky you might get a Cancer Man to cheer you up, but let’s be honest here, there aren’t very many Cancer Men around, and odds are excellent your show will not have one to keep you interested. I’m getting ahead of myself, though, aren’t I? What exactly do I mean by, “Your favourite show got X-Filed”? Well gather ’round, people, and hear the story I tell. It starts a little something like this:

Here’s a new idea for a show! It’s about these files that are so secretive and badass that they’re labeled too sensitive for most people to know about them. We’ve got this guy who’s willing to believe in anything supernatural and we’ve got ghosts, werewolves, vampires, aliens, forest creatures, and hell, we’ve even got neon bugs that have been sleeping in a tree for the last seven hundred years. We’ve got so many cool things to talk about we could run this show forever. Missed last week’s episode? Who gives a shit? This week’s awesome story doesn’t. You tune in when you can and you love it. Right? Well..

The Least Interesting Woman In The World

What if we stopped talking about “The X-Files” for a little bit and started talking about Mulder’s sister. She was kidnapped by aliens, so it kinda fits, right? Well, no, there’s generally some kind of resolution to the standard X-Files, whereas any plot involving Mulder’s sister is just a gigantic fuckaround that’s certain to go nowhere. The nice thing is, though, that it’s going to take a long time to go nowhere. So much time you’ll be tuning in after missing one episode to discover you have no clue what the fuck is happening, only that there are lots of bees and farming and guys who kill each other by stabbing icepicks into their necks. You’ll keep watching, because you think, “There’s no way they’ll keep doing this. They’re going to go back to what was good any minute now. Please?”

What happened was, they lured you in with a great idea for a show, and when you weren’t looking they bait-and-switched you out of what was interesting and into boring ass character background development. Don’t get me wrong, I appreciate seeing character arcs and I like to get to know my characters, I really do. I just don’t like to do it at the expense of the actual fucking plot. No one would have tuned in to watch “The Mulder’s Missing Sister Files”. We wanted to see the X-files. That’s what the fucking show was about. If you want to do some character development while they’re investigating real X-files, then great, let’s do that. If you want to hijack the show to bore the shit out of everyone, please stop living. 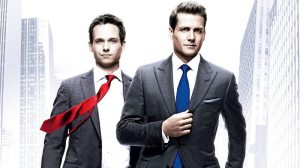 We actually practiced law at one point. It was like that’s what our law show was supposed to be about.

It wasn’t just the X-files, though, was it? Tons of shows have made the same mistake over the years. Look at Suits, which started with an interesting concept (a person with a photographic memory who can memorize all the laws and pretends to be a lawyer, I’m in already) and actually used to show court cases, which is pretty nifty in a show about a law firm. I don’t even know what season we’re in now, but I will say, what the fuck happened to court? Oh, we put that on the back-burner so we could get into the back stories of a bunch of people who were really only interesting when they were good lawyers and are not at all interesting as a bunch of whiny losers who can’t even get into a courtroom. I can’t even remember the last time there was an interesting case. They don’t even bring new characters into it anymore. They just keep dragging the same old assholes back. See, since there’s so much history with these same characters we can get even deeper into who the people we don’t care about are. 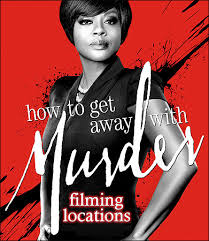 How to get away with murdering your ability to even watch the show all the way through.

Another law show with the same problem is How To Get Away With Murder, which was really interesting in the first season. There was some mystery murder and an interesting team of people who were good at doing something. Quick! Someone fuck it up or it won’t be interesting! Can we get some alcoholism going in here? Watching a drunk person struggle with life is so much more interesting. Am I supposed to like or look up to any of these characters? Obviously not. They’re all portrayed as the most shallow, self-absorbed losers they could possibly be. It’s too bad they never watched How To Get Away With Not Having Likable Characters. I’m sure they could have picked up some pointers. 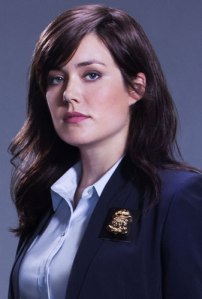 Try watching this show and asking yourself, “Is she useful to anyone in any way? I mean at all?”

I think my personal top for this category is The Blacklist, a show that I really loved early on. You know, when it was about that thing. That thing called The Blacklist. A list of horrible people who mostly exist undetected and stories of the things they do and how they get arrested? Fuck yeah! Well, for a while, anyway. We all know you were really turning in to find out about Elizabeth “Boat Anchor” Keen’s daddy issues. The high profile criminal underworld thing? Who cares?! Not anyone watching that show. We’re all climbing the walls in anxiety about whether or not Liz is going to find out who her dad is and what happened to her childhood. They bend over backwards to try to still make it seem like there is a blacklist, but in reality it’s just some half-assed attempt at making the show fit the title. When they killed her off I remember people were so mad, thinking they really weren’t going to drag her sorry ass back. I knew, though. If Elizabeth were dead, the show would have been fucking amazing. There would only be the blacklist and maybe some agents sleeping with each other or something. No perpetual whining. Big surprise she was okay, and on top of that, her petulance survived too! Do you know why they didn’t call the show “Elizabeth Keen Has Daddy Problems”? Probably because no one would watch it. I’m just guessing here.

What can you do when your show has been X-filed? Nothing, really. I mean, you can keep trying but you have to ultimately accept that it’s too late. It’s as though your clearance has been taken away and you’re not allowed to see the X-files anymore and all you are allowed to look at is some psychologist’s notes about his most depressing patients. It’s best to just move on. Fuck. Remember that guy who ate livers? I forgot about him until just now. It was such a good show, but now it’s gone. Gone forever.

This entry was posted in Disgrace-Face and tagged annoying, back, blacklist, boobs, characters, happened, how to get away with murder, idiots, mulder, plot, ruined, sack of crap, shit, sister, skully, story, suits, wtf, x-files. Bookmark the permalink.